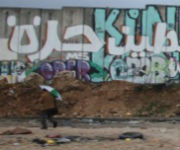 Dörven Berkh is a vocal group composed of four of the greatest masters of Mongol overtone singing. Johanni Curtet, a young French ethnomusicology researcher, decided to unite these masters for a series of concerts, and to record the performances as an album.

This documentary follows the work of these masters and that of the researcher both in Mongolia and in France, studying the sources of this ancestral music and identifying its techniques and modes of knowledge transmission.

From the steppes of Altai to the French tour, this film invites us to experience a rare and enchanting ethnological and musical journey.

ISA – AMCE Ethnographic Film Series is a series of events organized by the Institute for Social Anthropology in association with the Anthropology of the Middle East and Central Eurasia Network of EASA.

For further information please see this document or the following link.